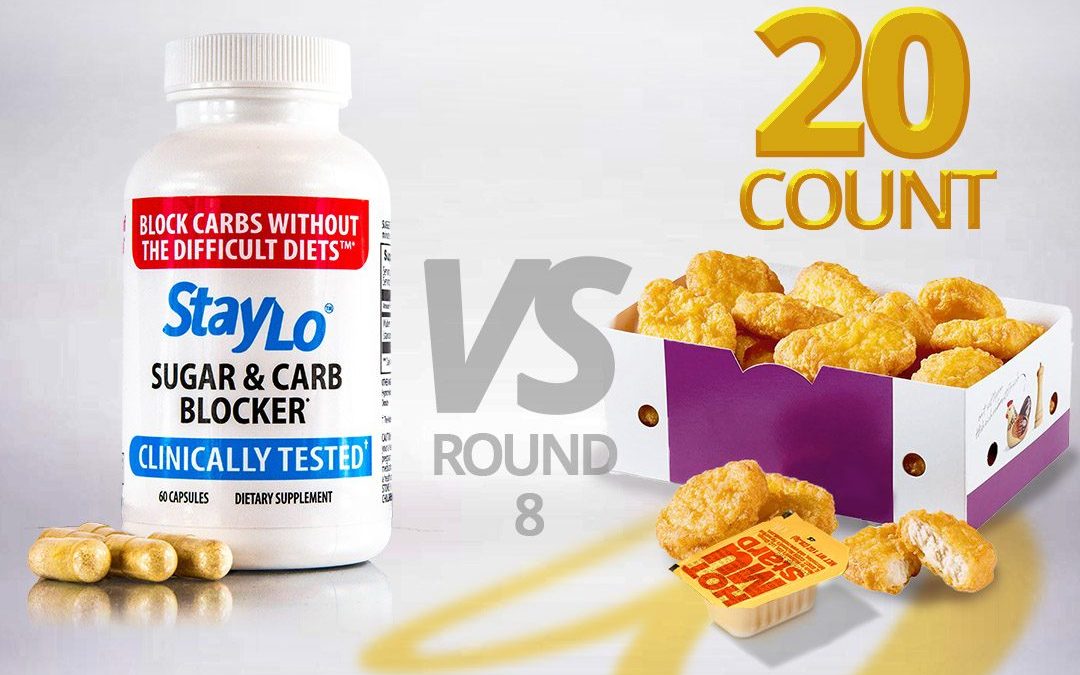 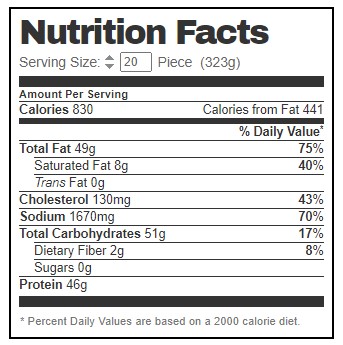 may look like they are almost entirely protein but they are more Carbs than anything and that plays right into StayLo’s strengths. We have been wanting to test this for a while and worked to make sure we had it right.  Like the Kellogg’s Chocolate pop tarts this isn’t your standard test, if you look to the bloof glucose vertical line of the graph you will see that the scale is from baseline of 0 to 3x baseline. Most every other test we do is only 2x baseline so the glycemic impact is on a whole other scale here.

Above you will see the red line which is the “Placebo” or 20 nuggets of McDonalds Chicken McNuggets with 2 packs of Hot Mustard dipping sauce. After multiple hours of fasting to eliminate other blood sugar variables we had a healthy tester consume the pastries and tracked it using an Abbott Freestyle Libre constant glucose monitor and True Metrix Diabetes Fingerstick Tests.

StayLo reduced the postprandial (after meal) blood glucose response by 52% (adjusted for baseline) and eliminated the massive 3x spike and the subsequent crash. You can literally see StayLo struggling to keep it down by the long and linear quality of the blue line.

In the fight between McDonald’s Chicken McNuggets & StayLo, StayLo showed that it can help turn a highly processed fast food item that looks like a protien but acts like a carb (Carbtien maybe?) into a less destructive food option and crush down the carbs and sugars by a massive amount. Eight  wins of StayLo making the carb and sugar impact of every meal a little bit happier. 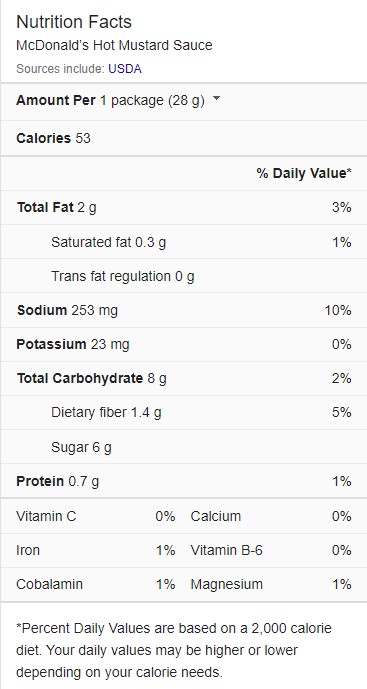