See StayLo knock out the carb & sugar impact of the foods you know best.

What process was used?

For each food tested, identical meals were consumed on two different days – for example, 50 grams of white bread on both days. The only difference between the two meals was that one was consumed without taking StayLo while the other was consumed with one capsule of StayLo carb and sugar blocker. No additional sweeteners were added to the foods tested. All tests were conducted after a period of fasting.

After-meal blood sugar levels were measured with a Freestyle Libre glucose monitor and True Metrix Diabetes Fingerstick Tests. Blood sugar change was tracked from the pre-meal starting level to the after-meal peak and then back down as the meal was digested. Contact us if you have any questions about the testing procedure. 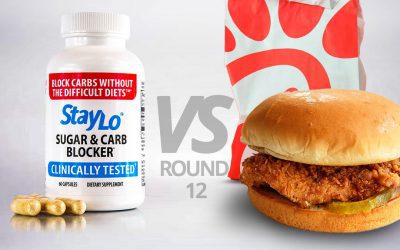 StayLo takes on Chick-fil-A, the most purchased chicken sandwich in the world every day of the week except one, and takes down the blood sugar spike by an amount that would shock your mother. StayLo can help cut the sugar & carbs in everyday home cooked meals but we do love showing off what we can do with the biggest food names around and we do not disappoint with Chick-fil-A.

END_OF_DOCUMENT_TOKEN_TO_BE_REPLACED 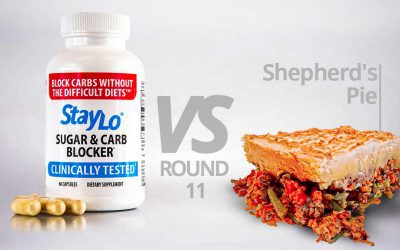 Nothing is more old school than a meat pie, Shepherd’s Pie in all its lamb glory is the oldest and some might say best. There are still a decent amount of carbs and sugars though in the potatoes, carrots, green beans, onions, Worcestershire sauce & more to cause a spike and crash. In this case StayLo takes care of it easy as pie.

END_OF_DOCUMENT_TOKEN_TO_BE_REPLACED 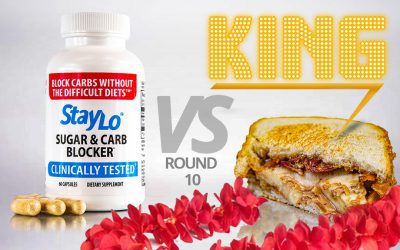 The greatest sandwich of all time, full of fructose and fat goes against a next-gen sugar & carb blocker destined to lose. Can StayLo get a few hits in against the GOAT or is it lights out.

END_OF_DOCUMENT_TOKEN_TO_BE_REPLACED 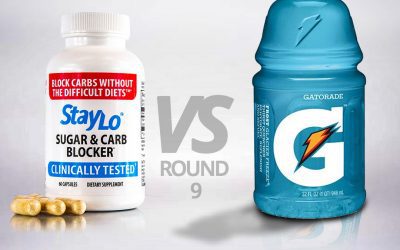 Gatorade is good at keeping high energy athletes from crashing but really isn't made for everyday consumption with the 52g of sugar in every 32oz bottle. The answer is clear that StayLo gets the gold or at least silver with a 35% drop in peak impact. All of the...

END_OF_DOCUMENT_TOKEN_TO_BE_REPLACED 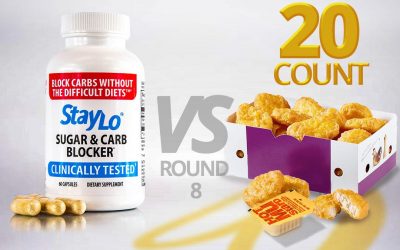 McDonald’s Chicken McNuggets may look like nothing but protein but there are more carbs squeezed and layered into that nugget shape more than you might think. Crushing carbs and sugars is our strength and we can take the carbs of the golden arches down a notch.

END_OF_DOCUMENT_TOKEN_TO_BE_REPLACED 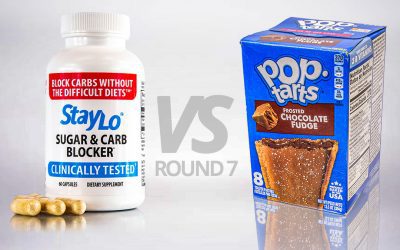 When a fudge brownie becomes something that resembles a “breakfast item” Kellogg’s Chocolate pop tarts is the result. There isn’t a better product to test the blocking power of one single pill of StayLo than this chocolate puff pastry. This isn’t your standard test, if you look to the “Y” line of the graph you will see that the scale is from baseline of 0 to 3x baseline. Most every other test we do is only 2x baseline so the glycemic impact is on a whole other scale here well above 200 in the individual tested.

END_OF_DOCUMENT_TOKEN_TO_BE_REPLACED 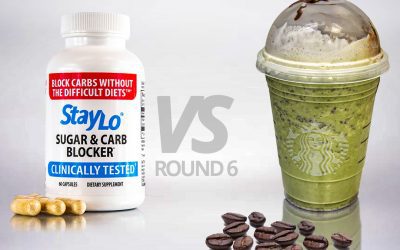 Starbucks has a massive number of different drinks to choose from and we chose to pick a test item off of the Starbucks secret menu from many years ago and test the Grande Franken Frappuccino (recipe below if you are interested). This is Green Tea mixed with white chocolate sauce, java chips, whipped cream and mocha. Basically, a dessert in cup form but so good. See StayLo turn this dessert into a much healthier delight.

END_OF_DOCUMENT_TOKEN_TO_BE_REPLACED 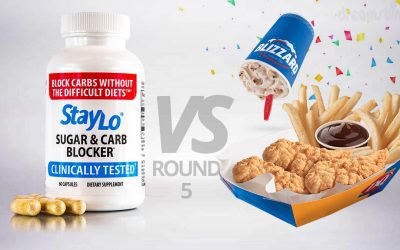 Dairy Queen is one of many fast food locations that offers a lunchtime meal deal. Just how much can a small blizzard, 3 piece chicken fingers, and a smattering of fries (sometimes even less, you are making it hard DQ for us to analyze when the fries portions vary so...

END_OF_DOCUMENT_TOKEN_TO_BE_REPLACED 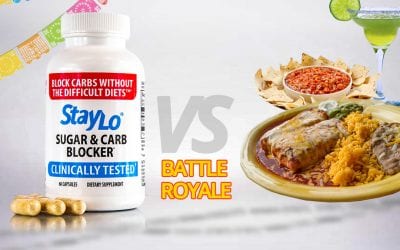 Be ringside to StayLo taking on an entire Mexican dinner. Tamales, Beans, Rice, Guac, Chips, Salsa & a Margarita all in the name of delicious science. The results may knock your sombrero off!

END_OF_DOCUMENT_TOKEN_TO_BE_REPLACED 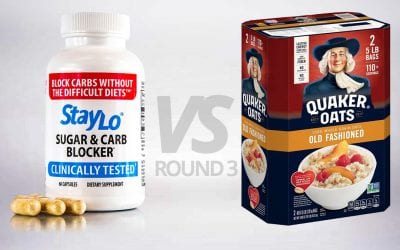 Breakfast is the most important meal of the day, or so it was said for generations. Many of the modern day breakfast foods are high in carbs & sugars (don’t get us started on breakfast cereal). So the question is can StayLo help with oatmeal, one of the oldest staples of the breakfast table? Spoiler, the answer is absolutely.