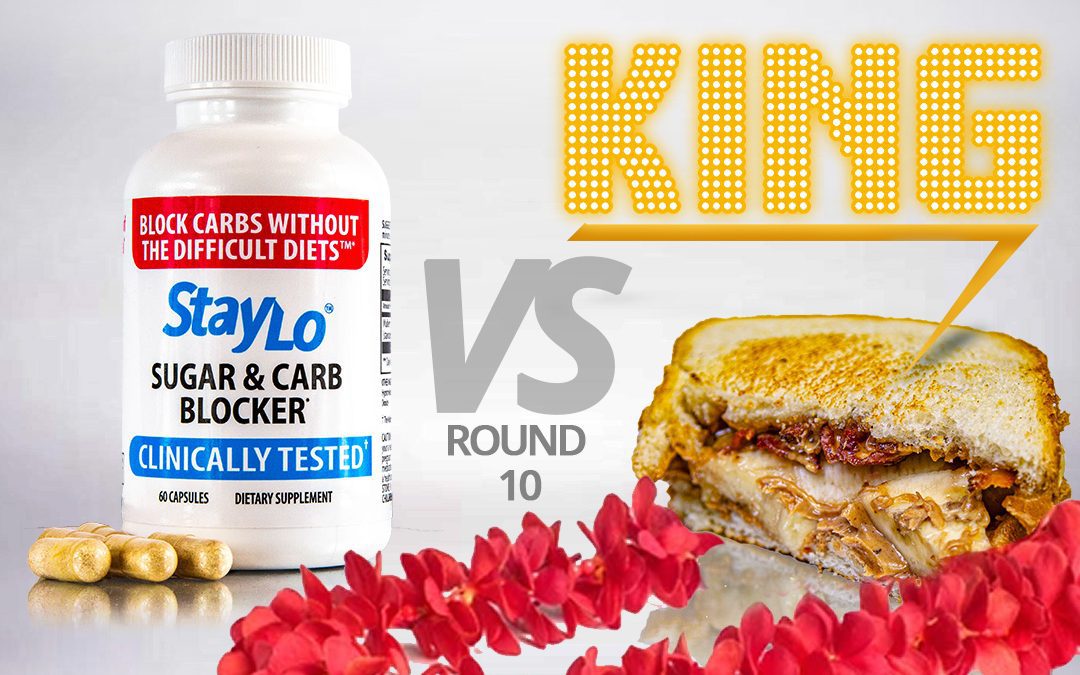 There is one sandwich that is notorious for being horrible for you, that most people should only try once. The sandwich that killed a career and if you had it too often possibly yourself, the sandwich where rumors of its deliciousness was only equal to its calories; The King Sandwich.

Made famous by Elvis Presley as his favorite sandwich and put to the test as our 10th competition against StayLo this one will be hard to top.

Going into it our science team knew this was going to be a hard battle but was currious, the banana is all carbs but half fructose which StayLo can’t block. The peanut butter was lower sugar to try to get the calories down, the bacon was all protien obviously so we knew pulling anything down other than the bread wasn’t going to be easy but the King shouldn’t be easy.

The final numbers came is and StayLo was able to reduce the spike by 18% and the glycemic area under the curve by 24.27% to be exact (there was a competition tied to the final result).

Above you will see the red line which is the “Placebo” or 16oz of bread, banana, bacon, & peanut butter. After multiple hours of fasting to eliminate other blood sugar variables we had a healthy tester eat the sandwich and tracked it using an Abbott Freestyle Libre constant glucose monitor and True Metrix Diabetes Fingerstick Tests.

StayLo reduced the postprandial (after meal) blood glucose response by 18% (adjusted for baseline) and the total area under the curve by 24% which was removed largely in the first hour of digestion.

In the fight between The King & StayLo, StayLo came out swinging but was seduced by the tasty fructose & fat of the The King. We took it down someone but no where near the same as other items so we feel no shame in losing to the King of all sandwiches. If you want to try your own test here is a recipie to make at home and see how your StayLo experience stands up. That said we really really do not suggest this to anyone but it is a fun treat to share.

Cook the bacon to a medium done level, slice the banana diagonally half an inch thick. Cut the bacon so that it is just smaller than the length of bread.

Step 2
Heat a skillet over medium heat. Fry the sandwich on each side until golden brown and peanut butter is melted, about 4 minutes total.