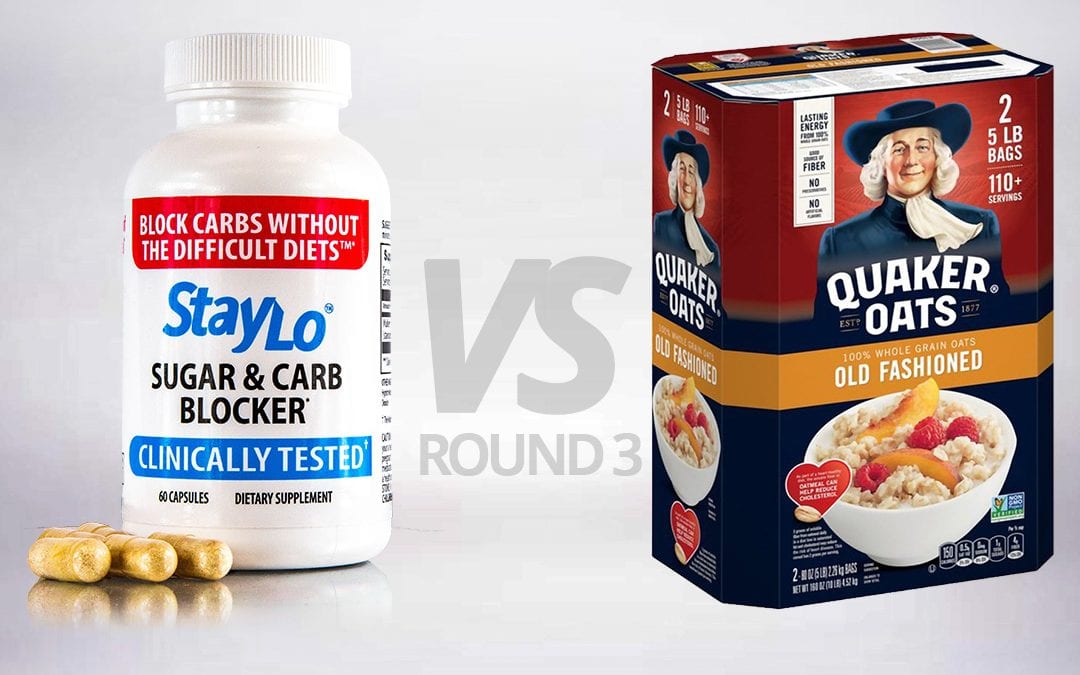 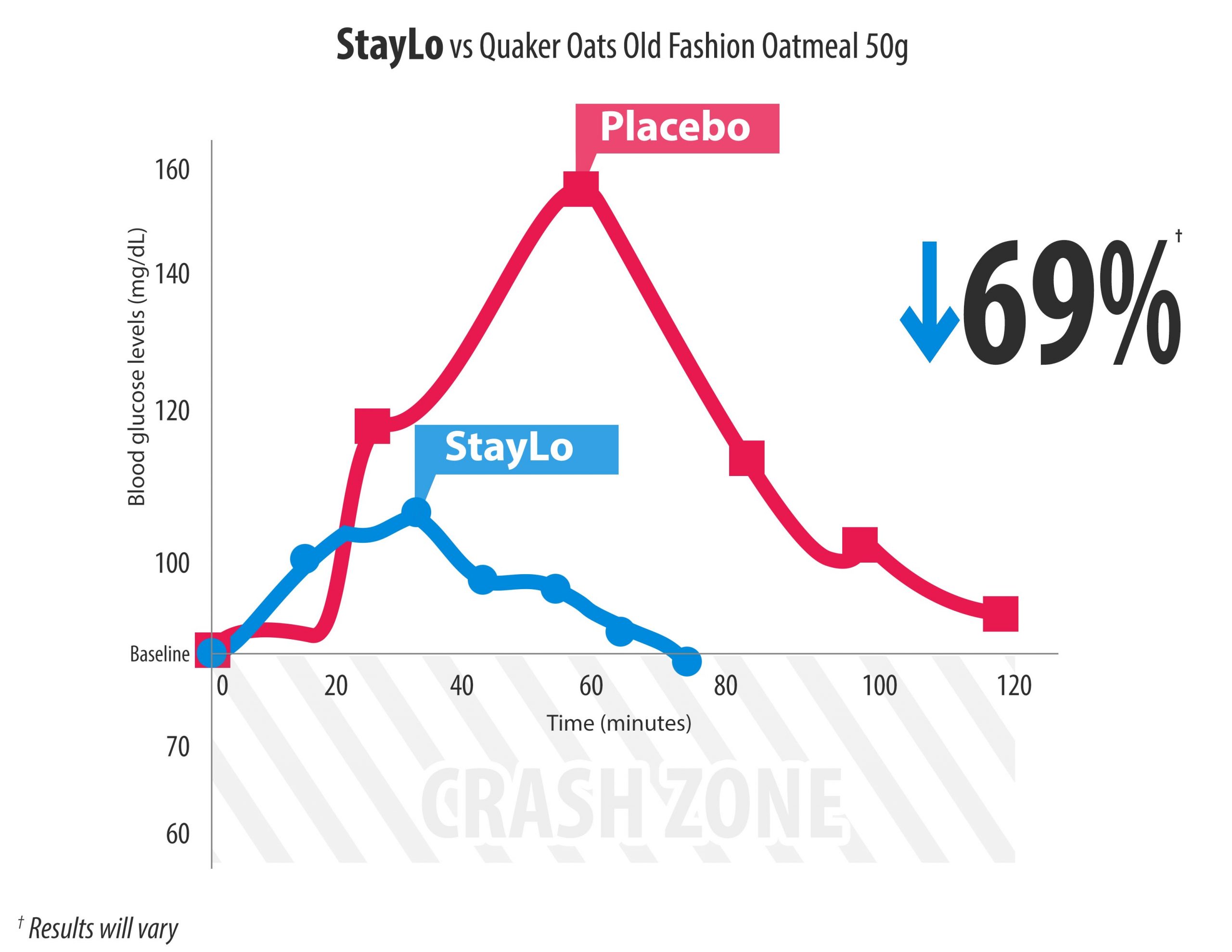 Breakfast is the most important meal of the day, or so it was said for generations. Many of the modern day breakfast foods are high in carbs & sugars (don’t get us started on breakfast cereal). So the question is can StayLo help with oatmeal, one of the oldest staples of the breakfast table? Spoiler, the answer is absolutely.

Above you will see the red line which is the “Placebo” or 50g of Quaker Oats “Old Fashioned” Oatmeal. After multiple hours of fasting to eliminate other blood sugar variables we had a healthy tester consume the 50g in water and tracked it using an Abbott Freestyle Libre constant glucose monitor and True Metrix Diabetes Fingerstick Tests.

A few days later we repeated the test with the same individual this time giving them a pill of StayLo 10 minutes in advance before they ate the same food again then tracked and graphed the blue line labeled StayLo.

StayLo reduced the postprandial (after meal) blood glucose response by 69% (adjusted for baseline) and eliminated any spikes which can be some of the most unwanted aspects of high blood sugar.

In the fight between Oatmeal & StayLo, StayLo breaks what it thought was its highest highest victory possible by 9%! Three matchups, three victories. Undefeated can’t last forever.