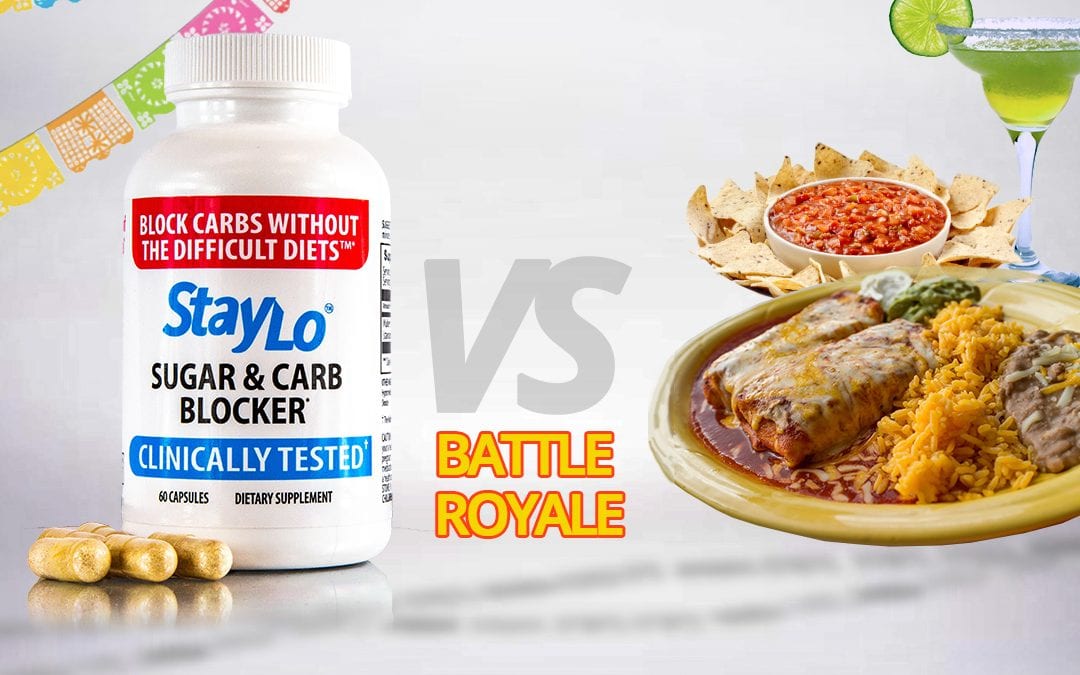 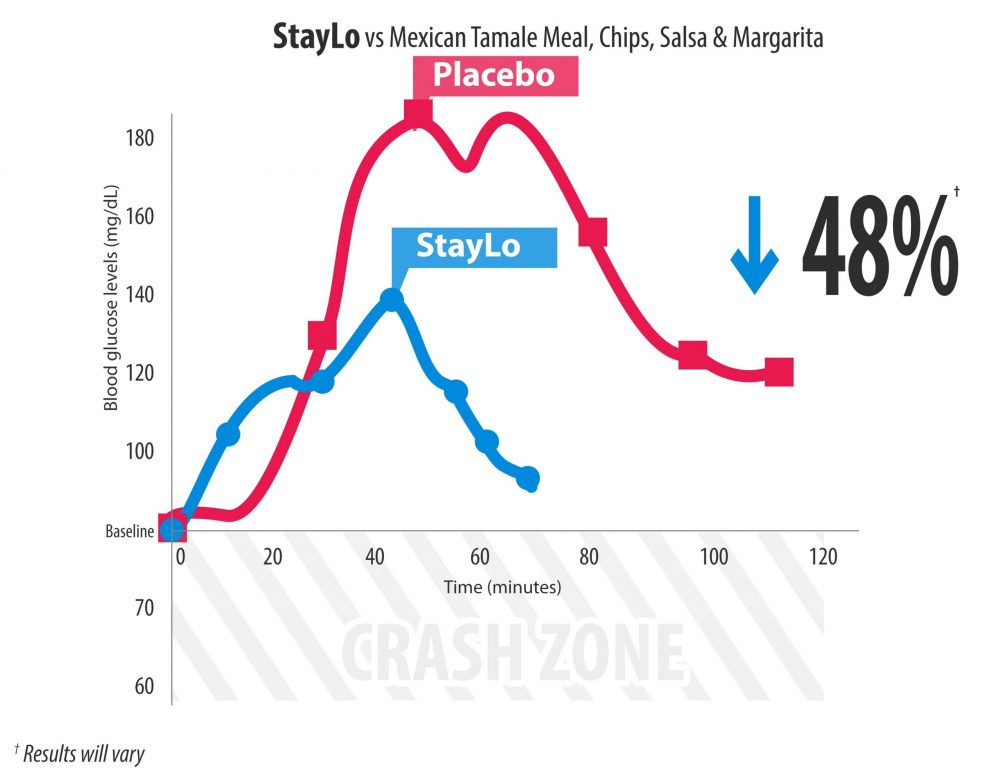 Be ringside to StayLo taking on an entire Mexican dinner. Tamales, Beans, Rice, Guac, Chips, Salsa & a Margarita all in the name of delicious science. The results may knock your sombrero off!

Above you will see the red line which is the “Placebo” or the aforementioned Mexican dinner . After multiple hours of fasting to eliminate other blood sugar variables we had a healthy tester consume the meal while having a great conversation and tracked it using an Abbott Freestyle Libre constant glucose monitor and True Metrix Diabetes Fingerstick Tests.

StayLo reduced the postprandial (after meal) blood glucose response by 48% (adjusted for baseline) and eliminated any spikes which can be some of the most unwanted aspects of high blood sugar.

In the fight between Oatmeal & StayLo, StayLo breaks what it thought was its highest highest victory possible by 9%! Three matchups, three victories. Undefeated can’t last forever. StayLo works each and every meal from the very first one. Experience the power of water extracted DNJ.