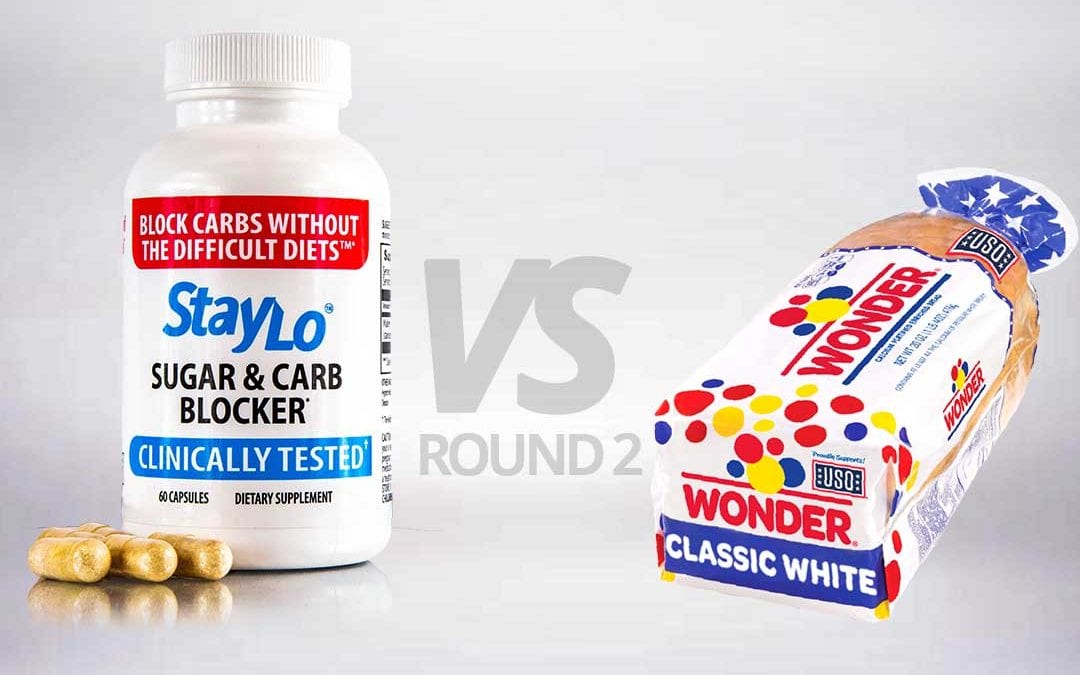 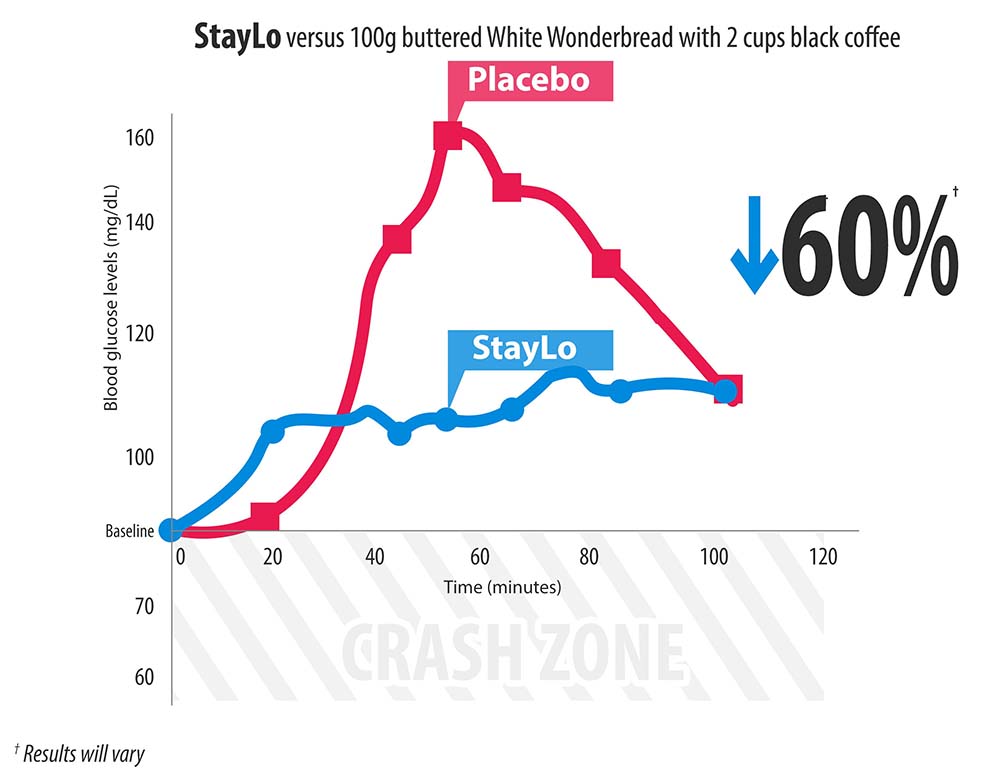 There is no staple more basic than bread and no brand more universal than Wonder Classic White Bread. So it made for the natural second matchup between StayLo the undefeated newest sugar & carb blocker and Wonder Bread the poster child of carbs and sugar. Coffee measured had no sweetner.

Above you will see the red line which is the “Placebo” or 100g of bread with butter (basically two slices) and black coffee to wash it down. After multiple hours of fasting to eliminate other blood sugar variables we had a healthy tester consume the 100g and tracked it using an Abbott Freestyle Libre constant glucose monitor and True Metrix Diabetes Fingerstick Tests.

StayLo reduced the postprandial (after meal) blood glucose response by 60% (adjusted for baseline) and eliminated any spikes which can be some of the most unwanted aspects of high blood sugar.

In the fight between White Bread & StayLo, StayLo might have had its highest victory possible but only time will tell. Two matchups, two victories.