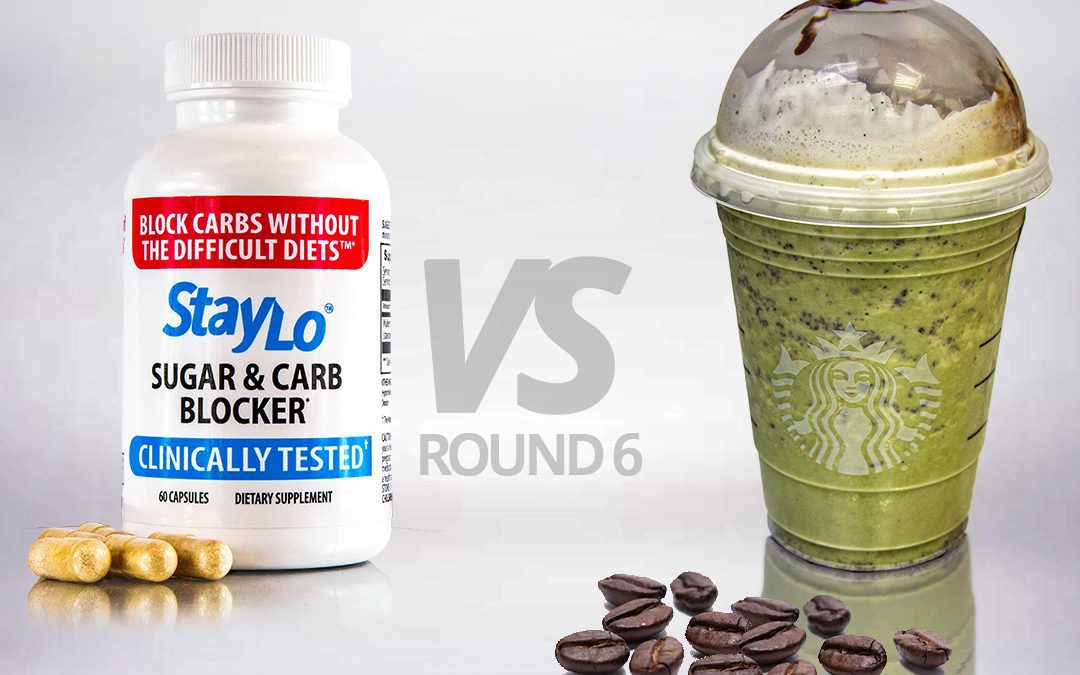 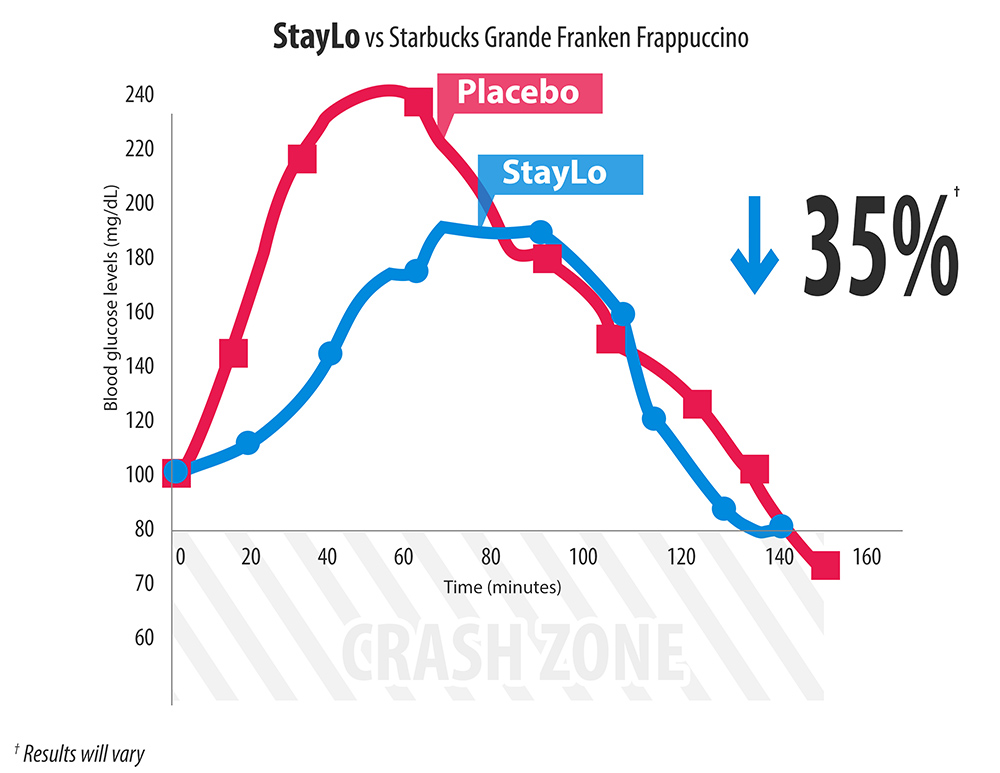 Starbucks has a massive number of different drinks to choose from and we chose to pick a test item off of the Starbucks secret menu from many years ago and test the Grande Franken Frappuccino (recipe below if you are interested). This is Green Tea mixed with white chocolate sauce, java chips, whipped cream and mocha. Basically, a dessert in cup form but so good. See StayLo turn this dessert into a much healthier delight.

Above you will see the red line which is the “Placebo” or a standard serving of Starbucks Grande Franken Frappuccino. After multiple hours of fasting to eliminate other blood sugar variables we had a healthy tester consume the drink and tracked it using an Abbott Freestyle Libre constant glucose monitor and True Metrix Diabetes Fingerstick Tests.

StayLo reduced the postprandial (after meal) blood glucose response by 35% (adjusted for baseline) and eliminated the spike and much of the leadup area which can be some of the most unwanted aspects of high blood sugar over 200.

In the fight between Starbucks “Coffee” & StayLo; StayLo shows that foods high in lactose can still benefit from sugar and carb reduction. Six wins and it only increases the tension of that future dramatic loss. Hopefully near fight 100.